SSI and Tax Cost Sheets for Different Salaries in 2017

1- COST SHEET OF SOME NET PAYS ACCORDING TO THE LAW PARAMETERS IN 2017
As is known, there are some taxes payables stated below over the payrolls of employees who are connected to an employer with labor contract,

In order to get an idea on salary increase and wage costs in 2017,
Some calculations like

have been presented below in order to get an idea.

2- THE AVERAGE OF 12-MONTH PAYROLL (BETWEEN JANUARY AND DECEMBER 2017)
Payroll table of an employee who works between January 2017 and December 2017 according to various salaries: 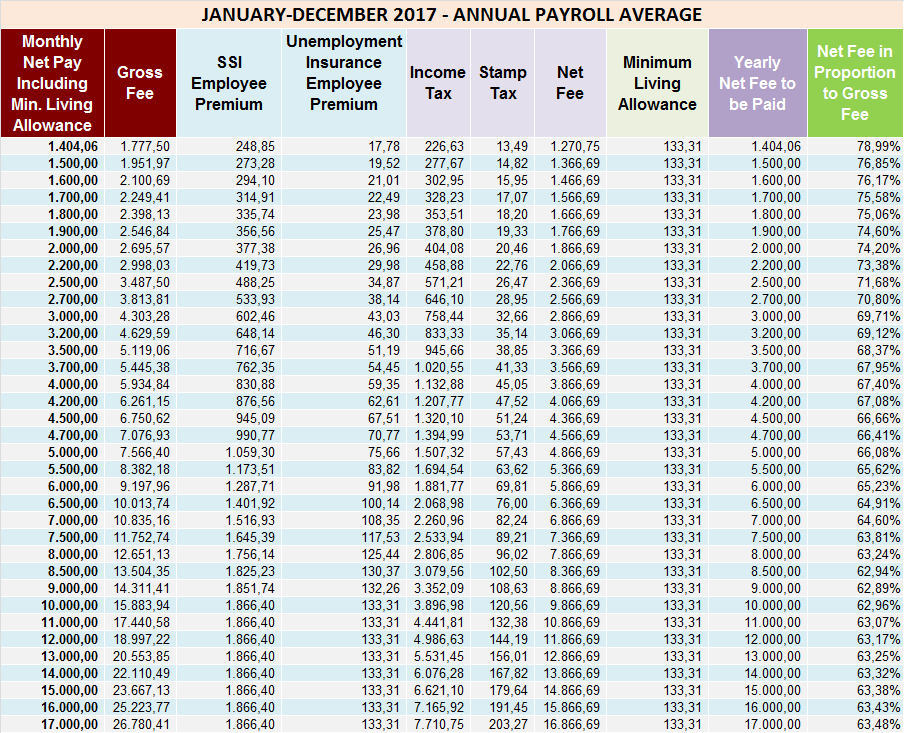 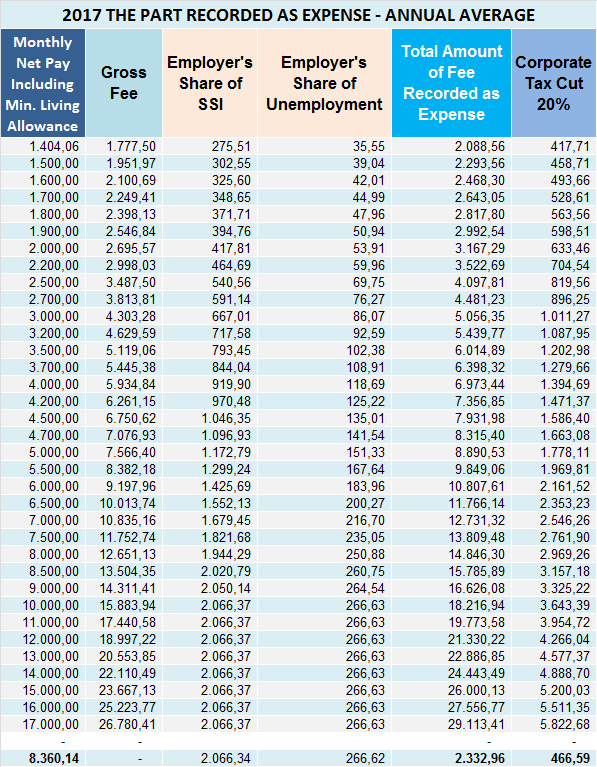 4- 12 MONTH AND MONTHLY COST SHEET OF SALARIES (BETWEEN JANUARY AND DECEMBER 2017)
Fee schedules of an employee who works between January 2017 and December 2017 according to various salaries and the 12-month and monthly costs, the total amount of costs and incoming net pay ratio 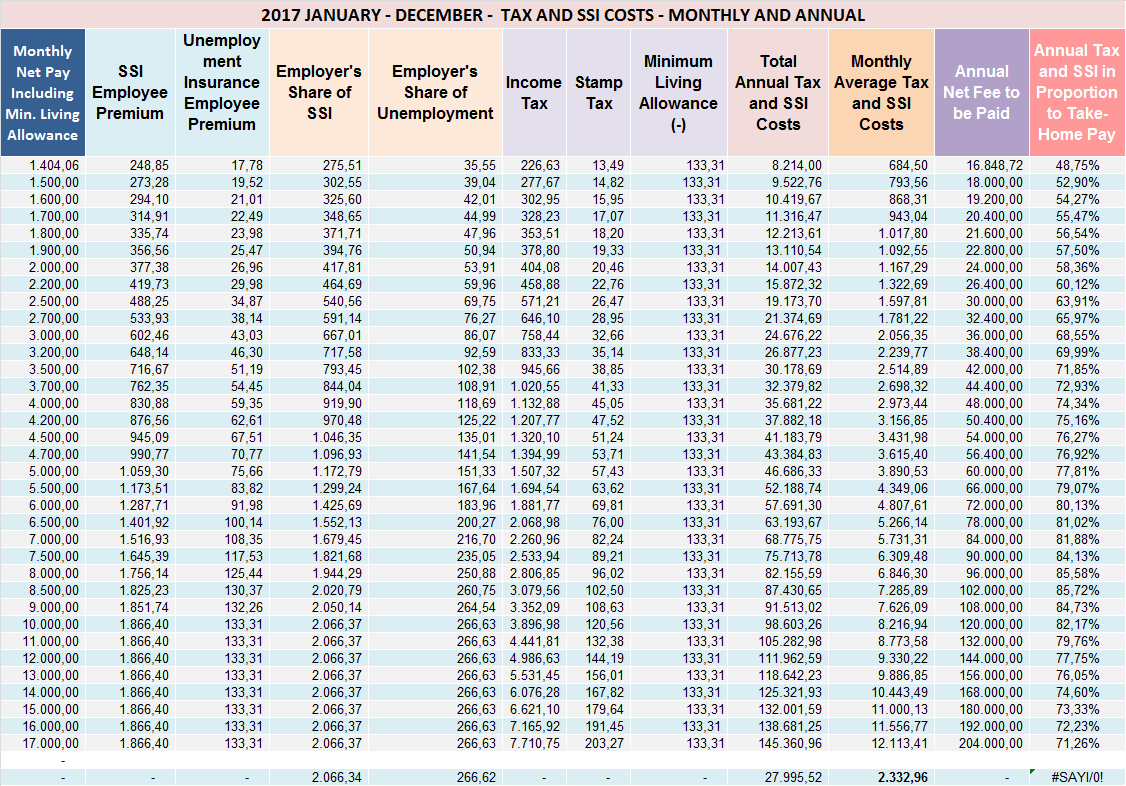 4- INFORMATIONS ABOUT THE CALCULATIONS IN THE TABLE
4.1- The calculations are done according to payroll law parameters in 2017.
4.2- The wages are calculated by paying regard to 12 months (between January and December 2017). Because of progressive income tax tariff, the amounts will be more different than the table prepared for the person who works between April and December 2017. It is important to be careful in this respect.
4.3- Corporation tax rate is considered as a criterion in the tax costs of the wage costs. The calculation of income tax deduction will be different for the taxpayers of income tax because of progressive income tax tariff.
4.4- Dividend policy (after the income tax deduction) is not indicated in the table which presents tax deduction.
4.5- The tables are only valid for 2017. The calculations of previous and following years are different.
4.6- In the calculations, SSI and unemployment premium at the rate of 32, 5 % (5 point discount), progressive income tax tariff for wage earners, stamp tax and minimum living allowance in the value of 133, 31 TL are taken into consideration.
4.7- The data in the table will differ according to workplace, sector, SSI and income tax incentives, the amount of minimum living allowance. We advise you to take an expert’s support for the circumstances stated or not stated here.
4.8- The calculations are intended for informing. Responsibility is not accepted.